I have been looking into the formatting differences in the APA Manual (6th Edition) to prepare for the seminar I will teaching this semester on Writing Graduate Papers.
I just found that this updated edition has a new and different headings format system. As you may know, the headings format has to do with where the headings should be placed and what sort of font they should carry.

They talk about Levels of Headings. These have to do with the ranking of the text section (or subsection) that is being titled by the heading. Each level is numbered.

The headings format in the APA 5th edition was quite confusing because the format for headings if you had 4 topic levels was different than if you had 5 topic levels. Our Instructional Technology Division at the University of Northern Iowa didn't like this ambiguity so we just created a standard guideline (.pdf) for how headings would be formatted regardless of whether you had 4 or 5 levels.

Guess What?   APA came to their senses and they followed our division's lead. They have released a new set of guidelines that apply to your headings no matter how many levels you have.

This set of guidelines includes bold lettering. Actually, every heading level is in bold except level 5.  There is a great deal more indenting than previously used.  I like the bold, but don't know if I like all of the indenting.  They printed the APA 6th edition using this format and it looks OK, but I don't know . . .

Here are the guidelines:

The need to know.  Adult learners need to know why they need to learn something before undertaking the process of learning it.

What do you think?  Is this an improvement?  When will you change over to this format?


You can read further online explanation of these new headings styles at the APA Style Blog.


BTW, I think that I found a mistake on page 63 in the sample headings. There is an example of a level 3 heading and it is written as "Life History Calendar." 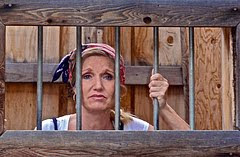 Have you ever purchased a research paper? What does it mean when you purchase a paper? Are you too lazy or too rich or don’t you “just get it” about why professors ask you to write papers?

I just had a company that sells research papers leave a comment on my blog and I rejected it. Maybe I am just being idealistic because students can always use Google to find these sites but I have no intention to support this criminal activity. For that reason, this posting will lack the many links that I like to include in my blog.

Not familiar with these research paper mills? Let me tell you something about what they are offering: These businesses market themselves as centers for “research paper assistance.” They suggest that you can purchase their papers to provide additional research for a paper that you are presently writing. HOGWASH!!!

They claim that all of their papers are guaranteed to each of their customers an “A+”. HOGWASH!!! This is ironic when their sites are filled with grammatical errors and misspellings.

They build upon the “Us and Them” structure that they claim educational institutions provide where the teachers make assignments and then “cast off” their students to fend for themselves. One of the sites asks if the students are “victims” of any of 5 research paperwriting problems. These problems include:
(Yes it IS true that their title says 5 problems and they list 6.)

Wondering how much this service costs? There is one site that simply charges $10/page but that is not the norm. Typically, the prices are not based upon quality or quantity, but rather urgency:

This means that these sources say that a student could order a 10-page university-level paper on Thursday morning for $250 and submit it to meet a Friday 3:00 pm deadline!

AND
These mills are claiming that each of the papers is ORIGINAL!!

What is your opinion on this? In my next posting I will talk about why teachers assign research papers and what they can do about this plagiarism issue.

What do you do to address this kind of problem?

Photo: flickr.com/JOPHIELsmiles
Posted by Dr. Z at 10:54 AM 6 comments: