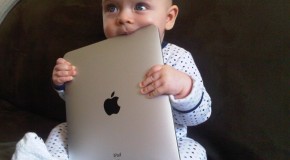 Is the Internet the Digital Pacifier of our Digital Natives?

This is a question that was posed by Bill Lammers.  He conveys an incident in his high school classroom where the students were working intently on their assignments when . . . suddenly . . .  the Internet Died.

Read Lammers' posting at The Pacifier of the Digital Natives

Blammer (Bill Lammers) makes an interesting observation when he notes how tied to the Internet his students were. I was talking with a reporter the other day who told me that some of his interns were literally lost without their GPSs. They had no problem finding places when their smartphones had full access to the web, but they had no idea about how to read a map. They had no idea how to find north and what all of the squiggly lines on the map meant.

Is this a crime or merely a Symbol of the Times? What do you think?  Read Lammers' article and then join in the discussion here about being connected to the world through the Internet has changed the skill set for our digital natives.

Join the discussion in the comments section below.