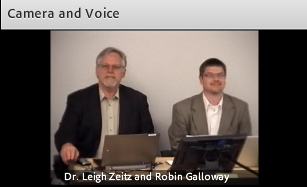 What a GREAT webinar we held today!!!

This was our opportunity to contribute to the  University of Northern Iowa Hot Topics in Education webinar series. Robin Galloway and I are gave this webinar on May 26, 2011 from 3:30 - 4:30.

Here are some of the resources:

Distributed-Learning Communities as a Model for Educating Teachers (Dede)

The webinar was attended by a number of teacher, students and life coaches from multiple states.
Please keep in touch with Robin and myself:

What additional sources to you suggest? Add them to our learning community through the comment section below. 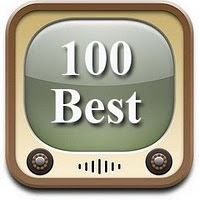 Just when you thought it couldn't get any better, John Costilla shares a list of the Top 100 Videos for Teachers provided by SmartTeaching.org.

This list of videos have been divided into 9 different categories including history, arts, science, language, classroom management, How-Tos and a variety of others.


I can take a tour of the Rijksmuseum or learn sign language or get tips on classroom management.  It even includes The History of the World and The Theory of Everything. The selection is quite varied.

I must admit that some of the videos were inaccessible because they had been removed from YouTube. Some of the links weren't touch and go. I had to copy the link to paste it into a new browser window.  Anyway, it is a useful set of resources that you will enjoy.
Posted by Dr. Z at 5:19 AM No comments: 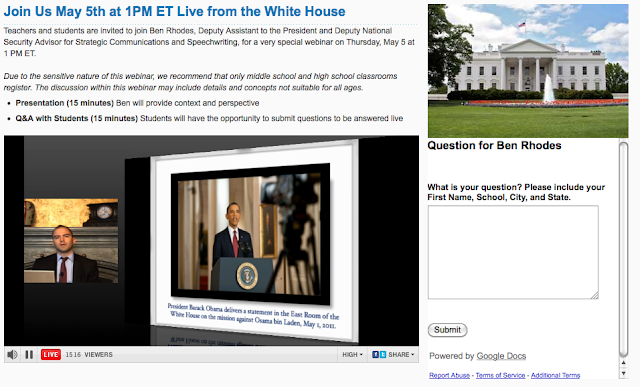 How do you explain cheering Bin Laden's death to students?  This is as problem that many teachers are having.  It is difficult to explain the dark world of terrorism, but how do you explain to third grade students when they see people cheering the death of a person?
Wouldn't it be wonderful to have someone from the White House explain about the Osama Bin Laden's death?  This happened last Thursday, May 5, at noon (CST).  Ben Rhodes, Deputy Assistant to the President, Deputy National Security Advisor for Strategic Communications and Speechwriter, gave a 10-minute presentation on what happened. It wasn't fancy but it was effective. He had a slide show filled with photos that was interspersed with this discussion.
Mr. Rhodes began by explaining the events of 9/11 and how things have progressed since then in trying to find and capture Bin Laden. The broadcaster had been part of the group who were involved in watching the invasion from the White House and was well-informed on the progression of events.
The amazing part of this event is that over 1600 viewers were involved.  While some of them might have been individuals like me in their offices I would imagine that most of them were classes of students. There is a recommendation on the site that suggests that because of the sensitive nature of the webinar, it would be best to limit viewers to middle and high school students.
The best part was the last 20 minutes where the students/viewers were actually able to ask questions. These questions asked about how Bin Laden's death will affect the threat of terrorism in the U.S.; why they buried Bin Laden at sea; how they compared the DNA and a variety of other pertinent questions from the news.
The Discussion on Bin Laden webinar archive is available for you to review.  It has a 10-minute segment of Rhodes' presentation and then they divided the students' questions into 2 10-minute segments.
I haven't been able to find any archives of other White House webinars through Discovery (or anyone else).  Do you know of any archives? This would be a valuable asset for Discovery and the White House to create.
What do you think?  Did you use this with your students?  Will you use this with your students? How do you like the way that they addressed this issue?
How did YOU address the issue?
Posted by Dr. Z at 11:53 AM No comments:

Email ThisBlogThis!Share to TwitterShare to FacebookShare to Pinterest
Labels: webinars

Bloom's Taxonomy has a new face. Well, actually it isn't so new. If it were a human, it would be old enough to drive.

Back in 1956, Benjamin Bloom and his colleagues realized that they didn't have the common vocabulary to discuss types of questions that would be used on test or in class. Some questions only required learners to recall the capital of Iowa, while answering others involved synthesizing ideas from multiple sources to create a new opinion. It took them a couple of years to finalize on the 6 groups that they used in Bloom's original taxonomy. Would you believe that they were arguing about whether to put Evaluation or Synthesis at the top right up to printing time and that it was answered with a coin toss?

In the mid 1990s, Lorin Anderson and a team of cognitive psychologists updated the taxonomy by changing all of the nouns to verbs, adding Creating on the top, and folding synthesis into Evaluating.

This is a welcome change where they put the emphasis for learning on the individual to create. It has been reflected in a variety of tools include the ISTE NETS-S.  ISTE placed the emphasis of using technology on Creating with technology instead of Operating the computers.

Recently, there have been a few educators who have been aligning Web 2.0 tools with Bloom's Taxonomy. This is a useful tool to show the variety of opportunities with the available online tools, but it is also a wonderful way to help classroom teachers link the tools with their curriculum.

Schrock's Google Taxonomy
My favorite arrangement was done by Kathy Schrock. Kathy is always at the head of the pack when it comes to organizing things.  You know, little things like the World Wide Web or the vast collection of Google Tools.  She creates the wonderful instruments and I sit in Awe (just south of Des Moines) asking myself "Why didn't I think to that?"

Anyway, while the image above is linkless - when you go to her Bloomin' Google website each of the logos links directly to the tool (don't click the image above because it won't take you there.) She also is using this as a means for collecting educators' ideas about her creation.  She has included a Google form below the table where teachers can add their "ideas and justifications for why you might have students utilize apps and tools in the cognitive area they appear on the taxonomy"

While Kathy limited hers to primarily Google Tools, Samantha Penney at the University of Southern Indiana crossed Bloom's Pyramid with over 50 Web 2.0 tools. Samantha says that she created this for some summer staff development. It is based upon Andrew Church's concept of Bloom's Digital Taxonomy.  She used Go2Web20 and Cool Tools for Schools.

Once again, the image above has no working links, but if you venture over to Bloom's Digital Taxonomy Pyramid you will find that each of the logos links to an individual tool. I haven't checked all of them out yet, but there are a bunch that I have used yet.

This is a wonderful merging of theory with practical application. These organizers provide some sanity in the ever-exploding world of Web 2.0 tools.

Which tools are missing? What do you use that you don't see included on one or both of these charts?

Do you disagree with any of these categorizations? There is often a murky distinction between these levels.  Seems that only academics worry about the strict distinctions, but what do you think?

I challenge you to make your opinion known on the comments below.

After a long 10 year of war and terrorist attacks, we have finally killed the head of the snake.
Yes, there will be other heads who will be trying to graft themselves onto the top of the Al-Qaeda reptile, but this is a huge accomplishment in the war on terrorism.
Twitter is ablaze with #binladen tweets.  Most of them are celebrating the death of the terrorist leader and some of them are asking if it is too early to tell Bin Laden jokes.

Wondering where he was found?  A cartographer identified the location of the Bin Laden compound in Abbottabad, Pakistan, and marked it on the Google Map. Search for Osama Bin Laden's Compound in Google Maps and it will take you to the spot. 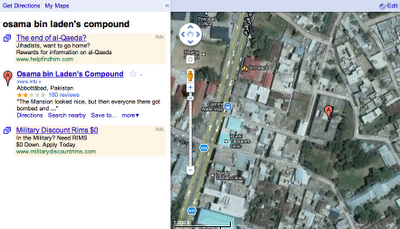 It is amazing to see the immediacy of this identification. The funny part is that as of 12:27 AM CST, people have already posted 180 reviews of the compound.  They are complaining about bed bugs and poor maid service.

I don't know what to say that is profound about tonight's events. By the time you read this, who knows what will have happened in the world as a result this event. It may be an escalation of the  war or, hopefully, it will mean a reduction in the peril in the world.

Whatever the change in world, it can be said that the world will never be the same.

How has it affected your world?