21st Century Learning is ALL ABOUT Moving Beyond Uncomfortable Beginnings

This article rang a bell for me because the author talked about a student who "was really frustrated because I was making her think."  I know that this is true because I have experienced this myself. I teach courses in an unconventional manner where I want to see the students explore the world and then make decisions on their own. I have had students in tears saying "Why can't you just tell me what I need to know and then ask me on a test on Friday?"

The key to creating successful 21st Century Learning Environments is to pose difficult questions that require learners to make decisions and explore the world. Read the article to see if anything rings true.   Do you have additional resources or ideas you want to share?
Z

In my last post, we looked at factors that did not influence superintendents to implement a 1:1 initiative in their district. These included “keeping up with the Jones,” attracting students from neighboring districts, increased student achievement and budget. So . . . onto factors that did influence their decision:

Political Considerations: The superintendents also talked about the multiple efforts they undertook to work with staff, school board, parents and the broader community to engage and keep them informed of the progress of the consideration.  Most superintendents assumed the students would be receptive to the idea, but in one instance, students got the notion that once the computers arrived, all the teachers would be fired and students would receive their education strictly via the computer.  So, a lesson learned was not to overlook the students and to enlist them in the exploration process.

Staff Readiness: The superintendents in the study indicated staff readiness was an additional factor that influenced their decision. Staff readiness fell into two categories. The first was characterized by the staff being open to or supporting the idea of implementing a 1:1 initiative. The other category of staff readiness was their comfort using the technology.  There was a consensus among the superintendents that staff would need to gain further technology skills, but none of the superintendents were held back because of the technology skill level of the staff.  Districts were also on a continuum of teacher possessing the pedagogical skills required to teach in a one-to-one classroom.  But all superintendents felt their staff could gain this understanding through training and experience in the one-to-one classroom.

Student Engagement: This was an important factor in the decision.  One superintendent remarked that “when we observed and went to other schools and we saw student involvement in the classroom, that became our number one thought.  What a wonderful thing—you have 27 kids in class, everybody is involved, everybody is interested.”  Even once implemented, when the students told the administration in one district that they were not using the computers enough, the district’s response was to send the students to another district that was using the technology successfully. Students wanted to be engaged and after the visit to another district, they returned to their district and helped design changes in the classroom that increased student engagement.

Best for Students: The most important factor that influenced superintendents to implement a 1:1 initiative was they felt it was what was best for students.  This was an unexpected finding and the conclusion was based on examination of the transcripts in response to the question: “As you reflect on the various factors that influenced your decision to become a one-to-one school, what was the most important?”  One Superintendent articulated acting in the best interest of children in terms of increased opportunities for students being the most important factor in her decision.  “To be able to create things for their classes and projects.  To have an endless amount of resources to do that.  I see some of the projects that our kids are doing and I feel that it has been a smashing success with seeing the kids create stuff even more amazing than we thought they would when you give them these tools.”

This was also cross-referenced using Wordle, an online tool found at http://www.wordle.net/.  When the transcripts of the interviewee’s answers were displayed in Wordle, “important” and “kids” are used most often and thus, appear as the largest words.  The words that were used most frequently after that included “students,” “involvement,” “education,” “everybody” and “projects.”  In contrast, when asked, “as you reflect on the various factors that influenced your decision to become a one-to-one school, what was the least important?” the word “kids” does not appear.

Figure 1: Wordle Display for the Most Important Influence on the 1:1 Decision

As the map of 1:1 districts in Iowa continues to add more schools, there is a likelihood that many of the factors discussed in this piece influenced the decisions to implement the 1:1 initiative.  And it’s good to know that these decisions are not being made to “keep up with the Jones” but rather to do what is best for students.

Jerry Schnabel is the Director of Information and Technology Services at AEA 267 in Cedar Falls, Iowa. He may be reached via email at: jschnabel@aea267.k12.ia.us
Posted by Dr. Z at 12:54 AM No comments:

Here it is . . . I have been wanting to use the Vlog (Video Blog) format for my blog for a LONG time so I decided to do it today to tell you about an AWESOME experience I had in class last Tuesday night.


I teach two 1.5 hour online courses on Tuesday night through Adobe Connect. These are video conferencing sessions that allow the students and me to keep a connection that we wouldn't have otherwise.

This past Tuesday, I was meeting with my Emerging Instructional Technology class. This is a class of 15 students who are a mixture of Masters students and Undergraduate students. Good group of people. I had decided to spend some time getting feedback about how the class had been running. I received the typical feedback about too much work, but as we probed their comments we found that there was a difference between the perceptions of the undergraduates and the graduates . . .

I am not going say anymore or you won't need to watch this 7-minute video.
Tell me what you think and whether or not I should continue with periodic vlogs like this. 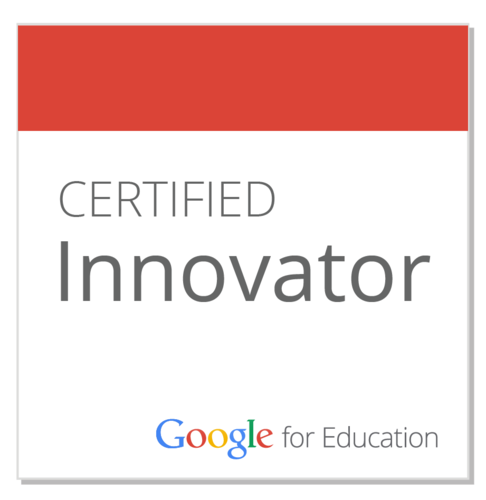 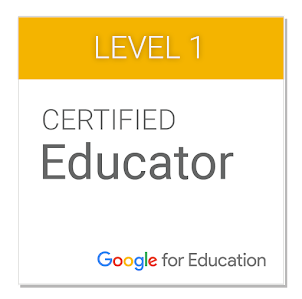